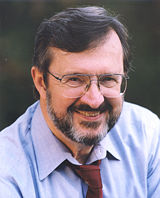 Well, none of the current candidates for the Presidency were persuaded to address our Capital Tiger Bay Club (at least not yet); however, rather than get bitter, we went out and secured someone of real power and influence, Congressman Dave Obey (D-WI), Chairman of the United States House of Representatives Appropriations Committee. As Chairman, Congressman Obey directs THE Committee that makes funding decisions on every discretionary program in the federal government and serves as the spokesman on all House appropriations issues. He has been at the forefront in terms of funding the war in Iraq and its effect on domestic priorities. While most assuredly an outspoken critic of the current Bush Administration, he is well-respected across both aisles by his colleagues. While not at the level of British politics, Congressman Obey has expressed deep concern with the level of civility in our own political system and lays much of this downward spiral on the current Administration’s “my-way-or-no-way approach to leadership.” Please join us for this special program and welcome U.S. Congressman Dave Obey who will share his views, perspectives, and field your questions about the future of our country at the next meeting of the Capital Tiger Bay Club on Monday, February 11, 2008 at the Silver Slipper.