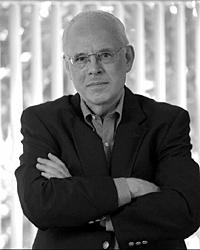 Unless you have slept through the last week to 10 days, or been in an undisclosed location with no access to the outside world, the name I. Lewis “Scooter” Libby should ring a bell. Libby, former Chief of Staff for Vice-President Dick Cheney, had his prescribed 30-month prison term for perjury and obstruction of justice commuted by President Bush. This decision has set off a firestorm of accusations and some have to this act as a possible “tipping-point” for the Bush Presidency. Who better to provide insight and commentary on this situation than John Dean, former White House Counsel to President Richard Nixon and Tiger Bay’s next featured speaker? Mr. Dean himself pled guilty to obstruction of justice during the Watergate scandal and served as a primary witness that implicated many Nixon administration officials including the names Mitchell, Haldeman, Ehrlichman, and Dean. Dean has been the go to guy for all of the networks covering the Libby investigation and is a self proclaimed Independent. He also is the author of two recent books “Worse Than Watergate: The Secret Presidency of George W. Bush” and “Conservatives Without Conscience.” The Friends of the Library will have a limited amount of both books for sale and Mr. Dean will be available for a personal signing. Please join us for this special program when we welcome former Nixon White House Counsel John Dean to the Capital Tiger Bay Club on Thursday, July 26 at the Silver Slipper.