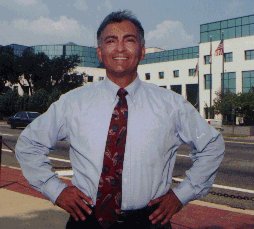 Are Florida and its 67 counties adequately prepared to conduct Election 2004? Considering what is at stake (27 electoral votes), the fact that we have had four years to figure out how to run an election, and considering the embarrassment the state suffered through during the 2000 election debacle, you would think the big issues would have been dealt with by now. However, with less than six months before election 2004, a number of issues continue to plague the State including a legal battle over how to accurately purge felons rather than eligible voters from voter lists, lingering concerns about the actual need and reliability of the touch screen voting technology, and in general, a skeptical, untrusting electorate. Fresh off a statewide conference of all Florida Supervisors of Elections, and after providing testimony to a U.S. Elections Commission, Leon County Supervisor of Elections Supervisor Ion Sancho will provide his insight into what we can expect to experience in Election 2004, not only in Leon County but statewide and nationally. What are the key questions that need to be addressed to ensure a virtually, problem free election? Have these issues been addressed statewide? Come fire your questions at Ion Sancho as he assumes the hot seat at the next meeting of the Capital Tiger Bay Club on Wednesday, June 23 at the Silver Slipper.