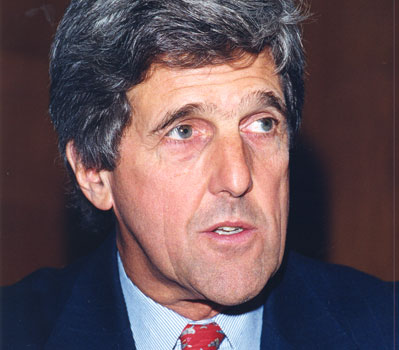 According to a recent Washington Post/ABC News Poll, he stands the best chance of any Democratic Presidential Candidate of going head-to-head in an election with President George Bush. He has taken very aggressive positions denouncing most of the Bush tax cut policies and the President’s recent $87 billion special budget request for war and reconstruction efforts in Iraq. As a highly decorated and outspoken veteran of the Vietnam War, he has vigorously questioned the pre- and post-Iraq war and rebuilding policies of the current administration. He is U.S. Senator and Democratic Presidential Candidate John Kerry and Tiger Bay’s next program speaker. Lunch with Howard Dean, breakfast with John Kerry, what could be next-a nightcap with Bill Clinton? Well, we might not want to go there. Please join us on the morning of Thursday, November 20th at the Silver Slipper when U.S. Senator and Democratic Presidential Candidate John Kerry shares breakfast and his views with the Capital Tiger Bay Club on why he should be the next President of the United States.