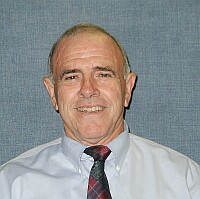 He has been the State Attorney for Florida’s Second Judicial Circuit since 1985. He made headlines when he fought to expel nude dancing and adult videos from Leon County in the 1990s. He has made headlines more recently for his decisions to prosecute for various, alleged “indiscretions” high profile local elected officials, star collegiate athletes. He has also attracted attention for decisions not to prosecute cases certain cases including the alleged rape of a psychiatric patient at Tallahassee Memorial Hospital. Some accuse him of being a prosecutorial zealot and having certain “biases” in terms of the cases he chooses to pursue and not to pursue. Others applaud his unwillingness to yield to political correctness and his commitment to follow his conscious even if it is politically unpopular or a case is eventually overturned. One thing is for certain, Willie Meggs, Tiger Bay’s next guest speaker and State Attorney for the Second Judicial Circuit will tell you where he stands on an issue and why-no follow-up questions needed. Come fire your questions Mr. Meggs when he addresses the Capital Tiger Bay Club on Thursday, September 25 at the Silver Slipper.