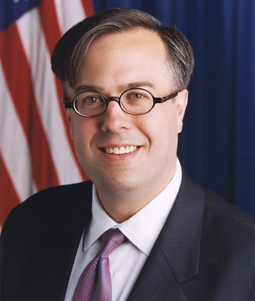 By the time the next featured speaker for the Capital Tiger Bay Club makes his remarks, the water coolers will have been drained with talk about the previous night’s election results. Speculation about the implications of the elections will run wild and the spin doctors will be employed for at least two more years. However, Michael Gerson should be able to provide us with some real information and thoughts about the implications for the Bush administration based on the election results. Mr. Gerson has been called “one of President Bush’s most trusted advisors, the most influential presidential speechwriter in almost a half-century and the conscience of the White House.” The Washington Post claims that Mr. Gerson “has evolved into one of the most central figures in Bush’s inner circle, often considered among the three or four advisors closest to the President.” He argues that the upcoming mid-term elections, and the presidential season that quickly follows, has more than the balance of political power at stake; he claims that the souls of both parties are in question. Mr. Gerson also serves as a Senior Editor of the US News and World Report. His insight the day after the mid-term elections should be interesting as to the anticipated course of our nation’s policies and politics. Please join the Capital Tiger Bay Club’s for this special program scheduled for Wednesday, November 8 at the Silver Slipper.