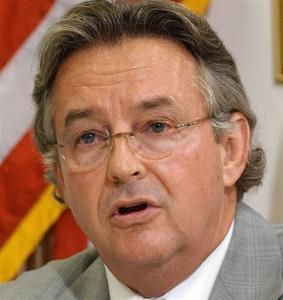 Once called by President George H.W. Bush “a true American hero”, one has to wonder if former President Bush’s son feels the same way about Ambassador Joseph Wilson, Tiger Bay’s next scheduled speaker. It may be safe to assume that the current President Bush, or many others in his administration, does not view him as a good soldier. Wilson and his wife, Valerie Plame, are now at the center of a major political storm involving the White House, the CIA, and allegations that “someone” within the administration leaked his wife’s identity as a clandestine CIA operative. The arguable skinny is that the leak was in retaliation for Ambassador Wilson’s vocal and written disagreement with the claims made by the White House that Saddam Hussein was seeking to acquire uranium from Niger; at the request of Vice President Dick Cheney, Wilson investigated these claims and reported there was no basis for these claims. He has held a number of Senior diplomatic positions under both Republican and Democrat administrations, he was the acting U.S. Ambassador in Iraq during Operation Desert Shield, and he was the last official to meet with Saddam Hussein before the first Gulf War. At Tiger Bay’s podium on Thursday, August 11, Wilson is expected to lay out his side of the controversy and comment about our current state of affairs in Iraq. We will also have available his recent book “The Politics of Truth,” that provides his memoirs and perspective inside two decades of world politics.