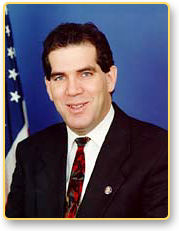 The Democrats hopeful of succeeding retiring Senator Bob Graham have been clashing over a number of issues. The use of “independent organizations” for personal attacks, questions about who is most electable in the general election, and the handling of terrorism issues have all been fair game in the campaign to date. Contenders from the Democratic side include former Florida Education Commissioner and University of South Florida President Betty Castor, U.S. Representative Peter Deutsch, and Miami-Dade Mayor Alex Penelas. The dialogue among the candidates has become quite personal and combative. In fact, Senator Graham indicated that the candidates “need to stick to the important issues, stick to the facts, and maintain party unity.” The stakes are high and time short before the August 31 primary. Come fire your questions at the candidates at this special event sponsored by the Capital Tiger Bay Club on July 15 at the Silver Slipper.