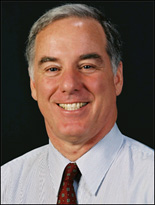 He has stormed to the forefront of Democratic Presidential candidates vying for the nomination to challenge President Bush in Election 2004. He has criticized the current administration’s decision to go to war in Iraq and on its economic policies of tax cuts. His Internet-based fund-raising methods have amazed even his competitors. In a recent article, The Washington Post speculates that “Howard Dean’s success raising money and mobilizing voters has provoked a growing debate among Democratic and Republican strategists over whether the former Vermont governor has the potential to become a transformative political figure, altering, for better or worse, the financial and constituent base of the Democratic Party”. While some laud his fiscally conservative reputation, others point to him being a “liberal” on key social issues. Come judge for yourself as Democratic Presidential frontrunner and former governor of Vermont Howard Dean delivers his message in person to the Capital Tiger Bay Club on November 4th at the Tallahassee-Leon County Civic Center.