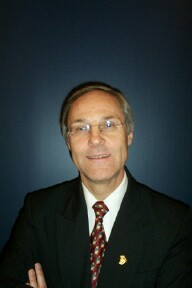 The British are coming, the British are coming, the British are . . . Albeit in a different century and vein, the British are coming to Tiger Bay. Given our close alliance on the Iraq conflict we are honored indeed to have Michael Bates, recently appointed British Consulate General in Atlanta, address our membership. In his role as a British Consulate, Mr. Bates is instrumental in promoting trade and investment between Britain and the United States and keeping the British Ambassador in touch with political, economic and other issues in his Consular district, which covers much of the southeastern United States. He undoubtedly will have much to comment on regarding the conflict in Iraq as well as other critical international issues including the impact of Hoot Gibson’s vegetable mecca on Free Trade Agreements. Please join us in welcoming this special guest to the Capital Tiger Bay Club on Monday, April 28, 2003 at the Silver Slipper.