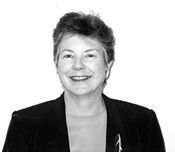 Her letter to William W. “Hootie” Johnson, Chairman of the Augusta National Golf Club-home of the prestigious Masters Golf Tournament–has ignited a national conversation about the right of all-male private clubs to cling to their traditions. She has garnered national attention on the issue through interviews on all of the major television and radio network and cable talk shows, including a provocative interview with Bryant Gumbel on HBO. She is a self-professed rabble-rouser, political psychologist and Chair of the National Council of Women’s Organizations (NCWO), which represents 150 organizations with over 7 million members. Others have referred to Martha Burk in terms not so printable. Whatever your view, this issue is coming to a head at the Masters Tournament in Augusta, Georgia April 10-13, 2004 where planned protests are expected from groups supporting Burk’s cause and opposition groups including the Ku Klux Klan. When asked why this issue has gotten so much attention as opposed to the other policy issues of the NCWO, she responded “because it’s got sex, it’s got sports, it’s got all the guy things that guy’s care about . . and whether we like it or not, guys are still running this world.” Come tee it up with Martha Burk at the next meeting of the Capital Tiger Bay Club on Thursday, March 20th at the Silver Slipper.