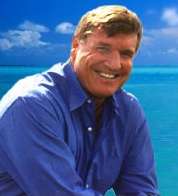 Once thought to be a longshot at best, Bill McBride’s campaign for Florida’s Democratic Gubernatorial Nomination has taken off across the state. He has raised over a $1 million, more than any other Democratic candidate and garnered endorsements from Florida’s largest union, the Florida Education Association (FEA), and the Building Trades and Electrical Worker Unions. As a managing partner for Holland and Knight, Florida’s largest and the nation’s fifth largest law firm, McBride has taken a leave of absence from his profession to pursue what would be his first publicly elected office. Please join us at the next meeting of the Capital Tiger Bay Club on March 1, 2002 to see what “Uncle Bill” has to offer Tallahassee and the State of Florida. We will also conduct our highly scientific and always reliable straw ballot.