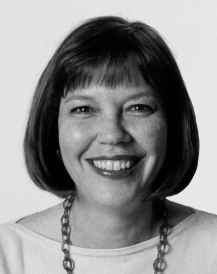 Judith Miller is an author and a senior writer at The New York Times who writes about national security issues, with special emphasis on the Middle East and weapons of mass destruction. In 1977 she joined the paper’s Washington Bureau, where she covered the securities industry, Congress, politics, foreign affairs, particularly the Middle East and nuclear proliferation issues. In 1983, she became the first woman to be named chief of The Times’ bureau in Cairo, Egypt, responsible for covering the Arab world. In 1986, she became the correspondent in Paris, traveling throughout Europe and North Africa. In 1987 and 1988, she returned to Washington as the Washington Bureau’s news editor and deputy bureau chief. In May 1989, she became co-coordinator of a newly created department to enhance the paper’s coverage of radio, television, advertising and publishing. In October 1990, she was named special correspondent to the Persian Gulf crisis, and after that, The Times’ Sunday Magazine’s special correspondent. Before joining The Times, Miller was Washington bureau chief of The Progressive, a monthly, was a regular contributor to National Public Radio, and wrote articles for publications. Born in New York City, Miller grew up in Miami and Los Angeles, where she graduated from Hollywood High School. She attended Ohio State University, Barnard College and the Institute of European Studies at the University of Brussels. She has a bachelor’s degree from Barnard and a master’s from Princeton University’s Woodrow Wilson School. Miller has written three books and contributed chapters to three others. Her most recent book is Germs: Biological Weapons and America’s Secret War. God Has Ninety-Nine Names, published by Simon & Schuster in 1996, explores the spread of Islamic extremism in ten Middle Eastern countries, including Israel and Iran. She is also the author of One, By One, By One, a highly praised account of how people in six nations have distorted the memory of the Holocaust, also published by Simon & Schuster in 1990. In 1990, she co-authored, Saddam Hussein and the Crisis in the Gulf, the first comprehensive account of the Gulf crisis and biography of the man behind it. A bestseller, it topped The Times Best Seller list during the Gulf war. Miller appears as an expert on Middle Eastern and national security affairs on such national television news and public affairs shows as 60 Minutes, CNN, ABC’s Night Line and Good Morning America, The Today Show, and The Charlie Rose Show. She lectures frequently on the Middle East, Islam, national security and terrorism.