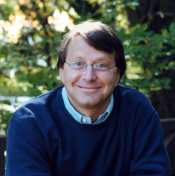 He gave away more sensitive U.S. intelligence than any spy in FBI history. Former FBI and CIA director William Webster equated his treachery with a “five hundred year flood.” He divulged the identities of at least nine former Soviet officials recruited to spy for the United States, three of which were brought back to Moscow and executed. He revealed the existence of the “spy tunnel” beneath the Russian embassy in Washington rendering the several hundred million dollar tunnel completely worthless. He also revealed on numerous occasions the “Holy of Holies”-the National Intelligence Program which detailed everything the U.S. Intelligence community planned to do in a given year. No, we are not able to bring you convicted FBI spy Robert Hanssen in person-he is being detained for a short period of time (life in prison); however, David Vise, a Pulitzer-Prize winning reporter from the Washington Post and author of the revealing book “The Bureau and the Mole” is coming to Tiger Bay to share the dirt on Mr. Hanssen. His book is shooting off the charts and is being developed into a major motion picture by Jerry Bruckheimer Films and Disney’s Touchstone Pictures. A limited amount of books will be made available for sale and for personal book signings before, during, and after the program. You do not want to miss this meeting of the Capital Tiger Bay Club!