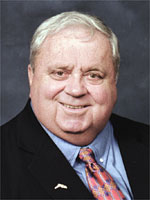 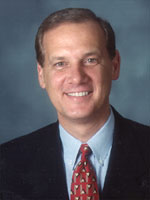 Fresh on the heels of a second not-so-special session designated to address the state’s fiscal crisis, Florida’s legislative leadership is now poised to tackle reapportionment and carve up new congressional and legislative districts throughout the state. While the two special sessions produced some entertaining political gamesmanship, legislative redistricting and additional state budget cuts are certain to produce a new stable of political stars in Florida. To get a glimpse of what we can expect from the 2002 Legislative Session, Florida House of Representatives Reapportionment Chair and House Speaker Designate Johnnie Byrd (Plant City), and Majority Leader Jim King (Jacksonville) will share their thoughts and perspectives with the Capital Tiger Bay Club on Monday, December 17th at the Silver Slipper.