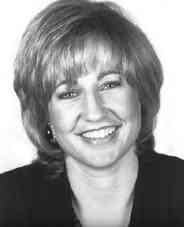 Dee Dee Myers is a political analyst and commentator. She is a contributing editor to Vanity Fair magazine, a consultant on the hit NBC television program “The West Wing’ and a lecturer on politics, current events and women’s issues. In addition, Myers is Vice Chair of the California State University Board of Trustees, which sets policy for the 23-campus system. Myers served as White House Press Secretary under President Clinton in 1993 and 1994. She was the first woman and the youngest person ever to hold that position. As a member of the president’s inner circle, Myers participated in a wide range of events and initiatives from the signing of the monumental Mid-East peace accords, to the passage of the president’s first budget. In addition, she was part of the president’s official delegation on trips to 25 foreign countries.