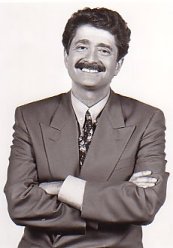 He’s a former classmate of Bill and Hillary at Yale, he has taken on Hollywood through his nationally syndicated radio talk show and controversial best seller book Hollywood Vs America, and covered the real Presidents of our time in The Shadow Presidents. When asked to provide a summary of his anticipated remarks, Michael Medved, the next speaker for the Capital Tiger Bay Club begged the question “Why does the media tilt to the left?” Michael Medved is a film critic, best-selling author and nationally syndicated radio talk show host. His indictment of the entertainment industry is legendary and his books have produced a number of editorials stretching from the Wall Street Journal to England’s prestigious Guardian newspaper. His daily three hour program emphasizing the intersection of politics and pop culture reaches more than 2 million listeners daily (it will air from 3:00-6:00 p.m. on WFSU on March 29th prior to the EVENING meeting of the Club). Mr. Medved is a frequent guest on TV talk shows including Larry King Live, Oprah, David Letterman, and Good Morning America, and countless others. His columns on media, politics, and society appear regularly in the USA Today, where he serves on the Board of Contributors. Join us on Thursday, March 29th at the Civic Center for this special night meeting of the Capital Tiger Bay Club!